"Tondos" is a series (in progress) of large lightboxes featuring digital collages.

It borrows its name and circular format from the Italian Renaissance tondos; round paintings, sculptures or architectural elements often depicting religious scenes.

Each collage fuses together a variety of architectural elements, frescoes, sculptures and pieces of technology symbolizing different religions, faiths and philosophies represented within populations throughout history, within the confines of the Mediterranean and beyond.

Furthermore, the framing of the collages within the confines of lightboxes serves to reinforce the metaphorical value of light as a metaphysical path of faith, as much as a vehicle towards the Enlightenment.

The elements included in "Tondo I" and "Tondo II" in particular are sourced from the artist's own photographic archives, encompassing, amongst others, the Basilica Santa Maria Gloriosa dei Frari in Venice, Hagia Sophia in Istanbul, the Temple of Haroeri and Sobek in Kom Ombo, Saint Isaac's Cathedral in Saint Petersburg, CERN in Geneva, Angkor Wat in Siam Reap, and Jantar Mantar in Jaipur. Whereas some portions of the imagery might be more easily recognizable than others, especially due to the digital processes of layering and juxtaposing, the collages invite the viewer to spend time in contemplation, seeking to unearth a web of hidden symbols.

This complex and multilayered syncretism ultimately attempts to generate a new iconography, which is of course not aiming to substitute traditional religions. Yet, it might represent a third way where sets of belief from different faiths and philosophies merge to provide the foundations and facets for the identity of truly global, open-minded individuals. For instance, Christian teachings could then live through and alongside Islamic ones, by means of Buddhism and ancient polytheistic religions as well as rationalist philosophies explaining the world through measurable sciences.

Tondo I and Tondo II were displayed as part of "The Mediterranean: A Sea of Conflicting Spiritualities", The APS Mdina Cathedral Contemporary Art Biennale, 2017/18 (Malta). Tondo II was also longlisted for the Chaiya Art Awards 2018. 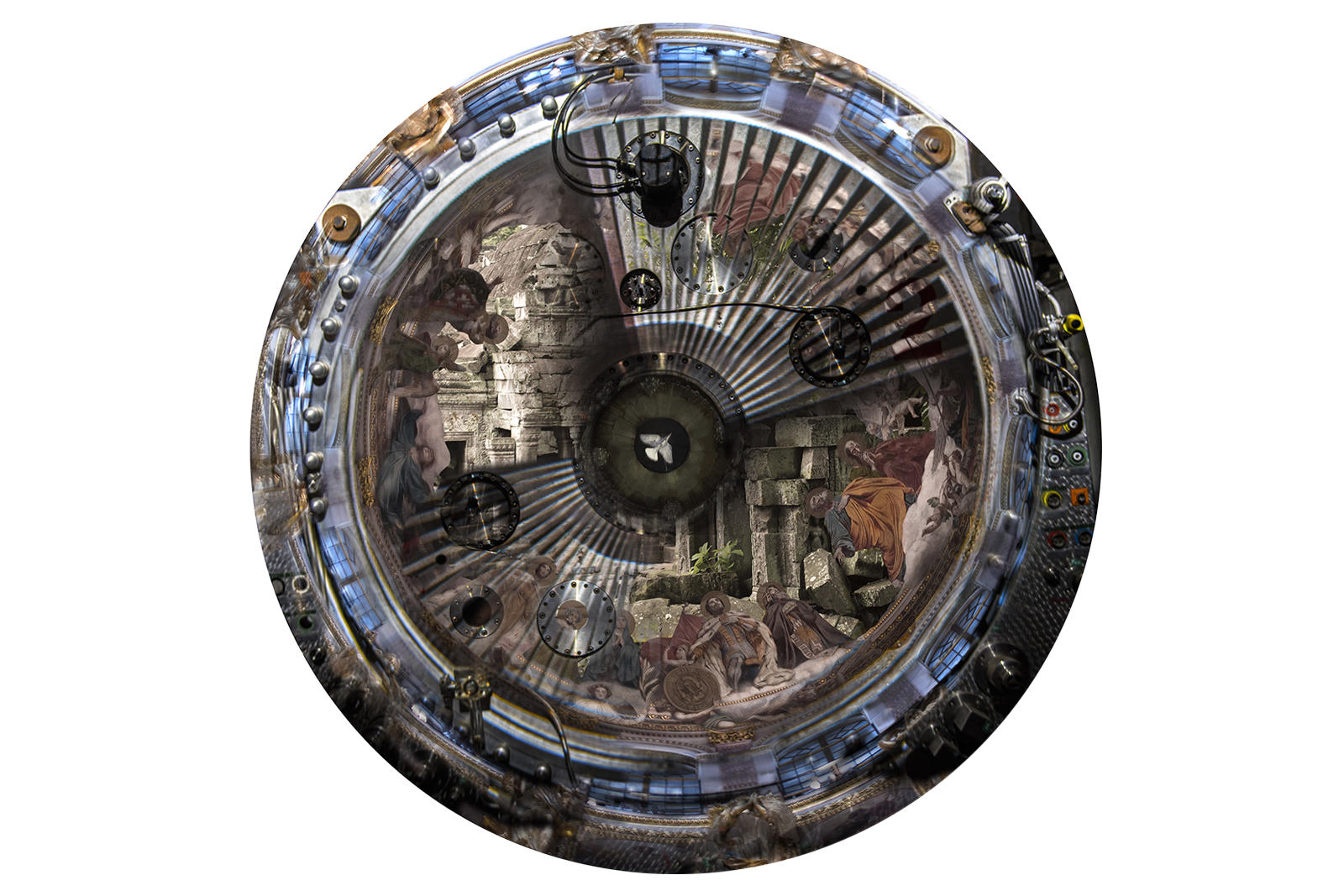 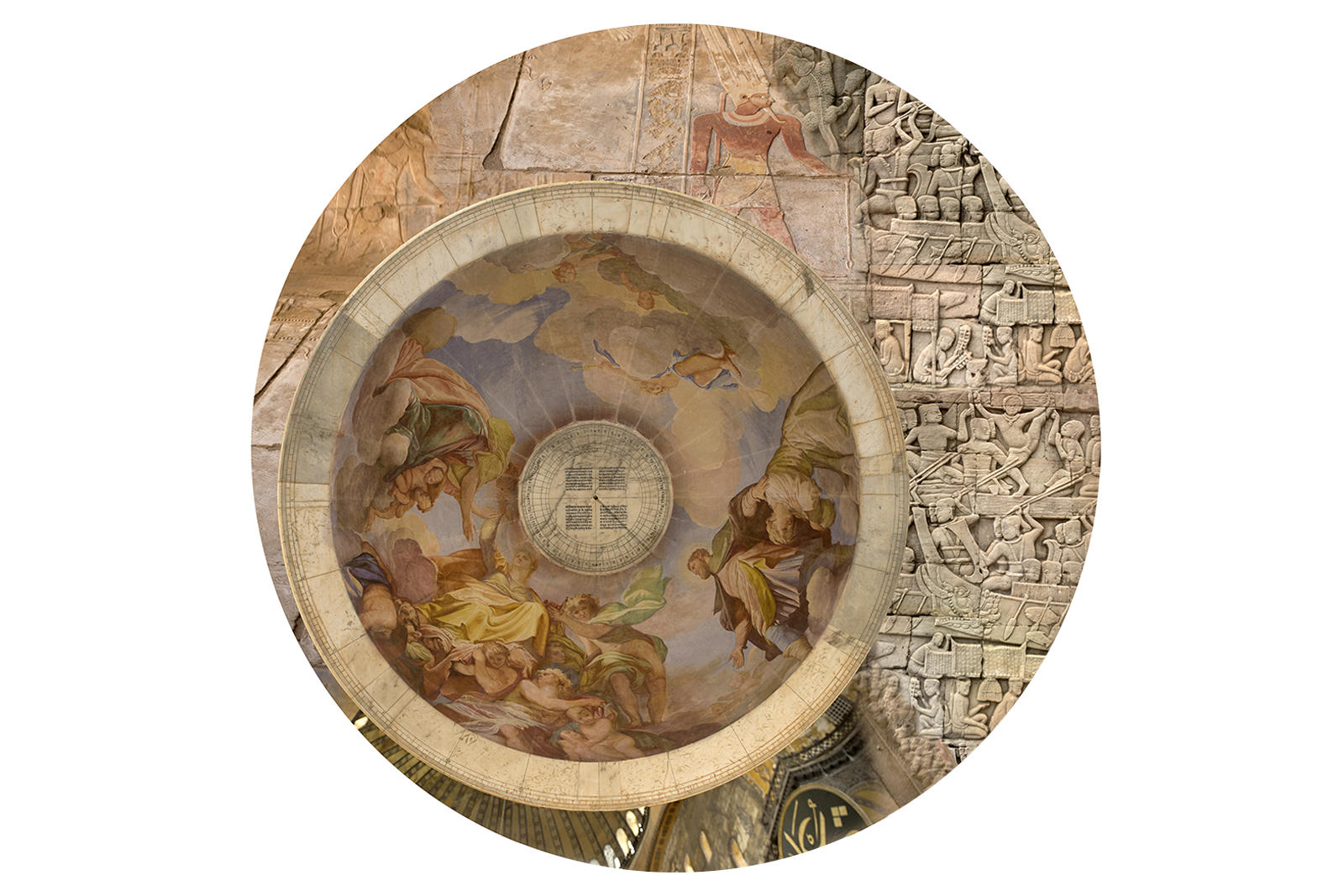 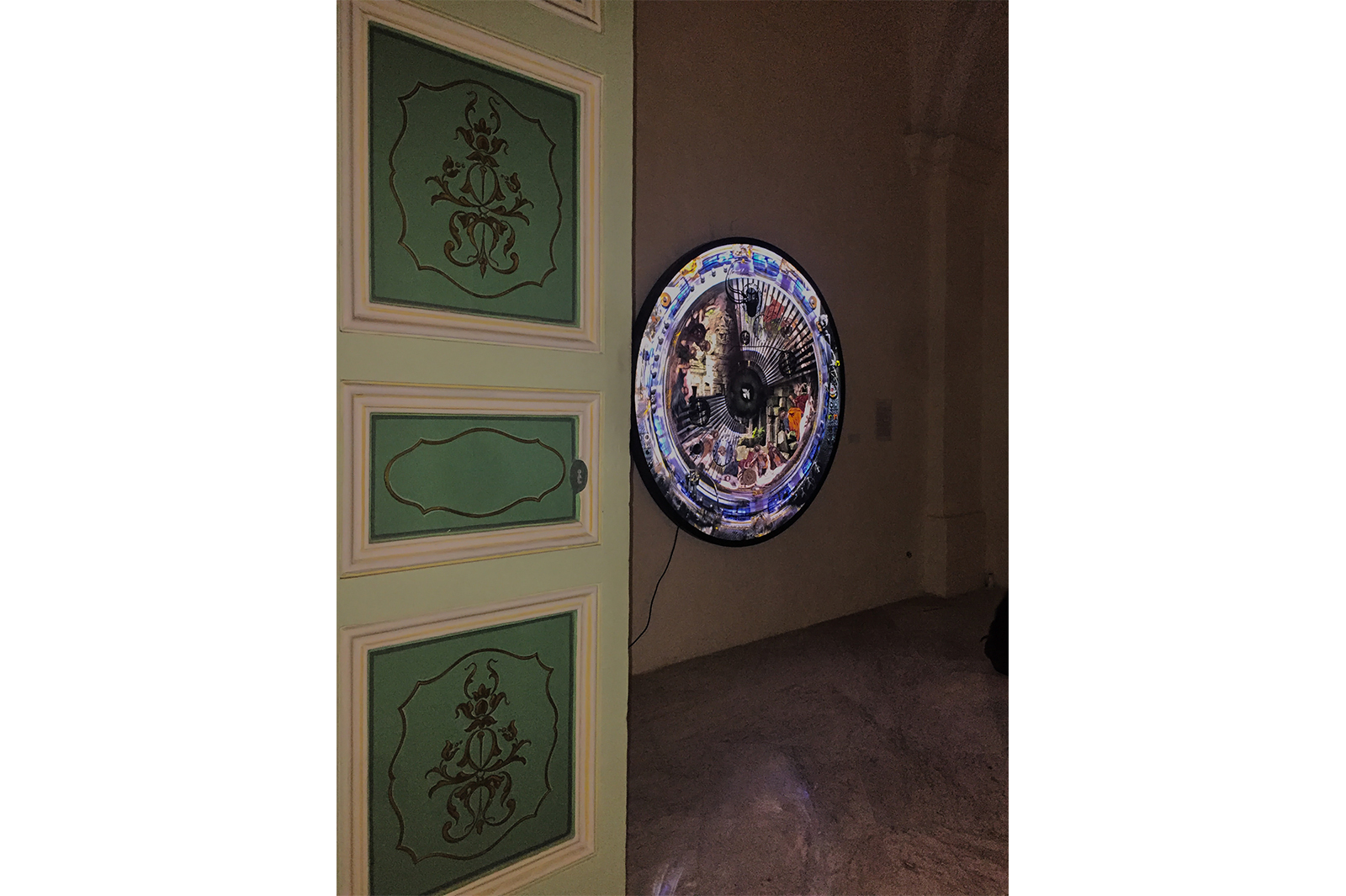 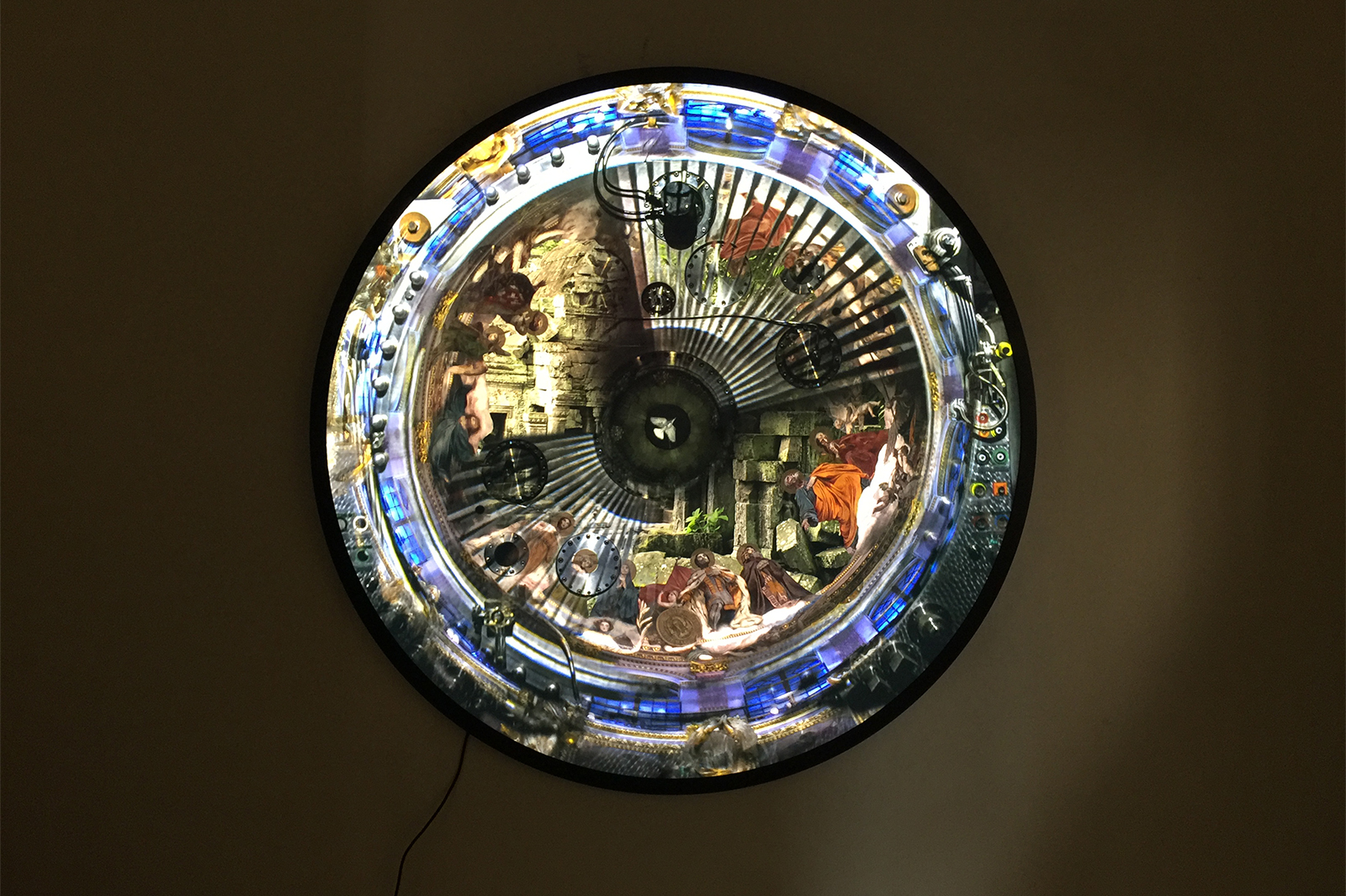 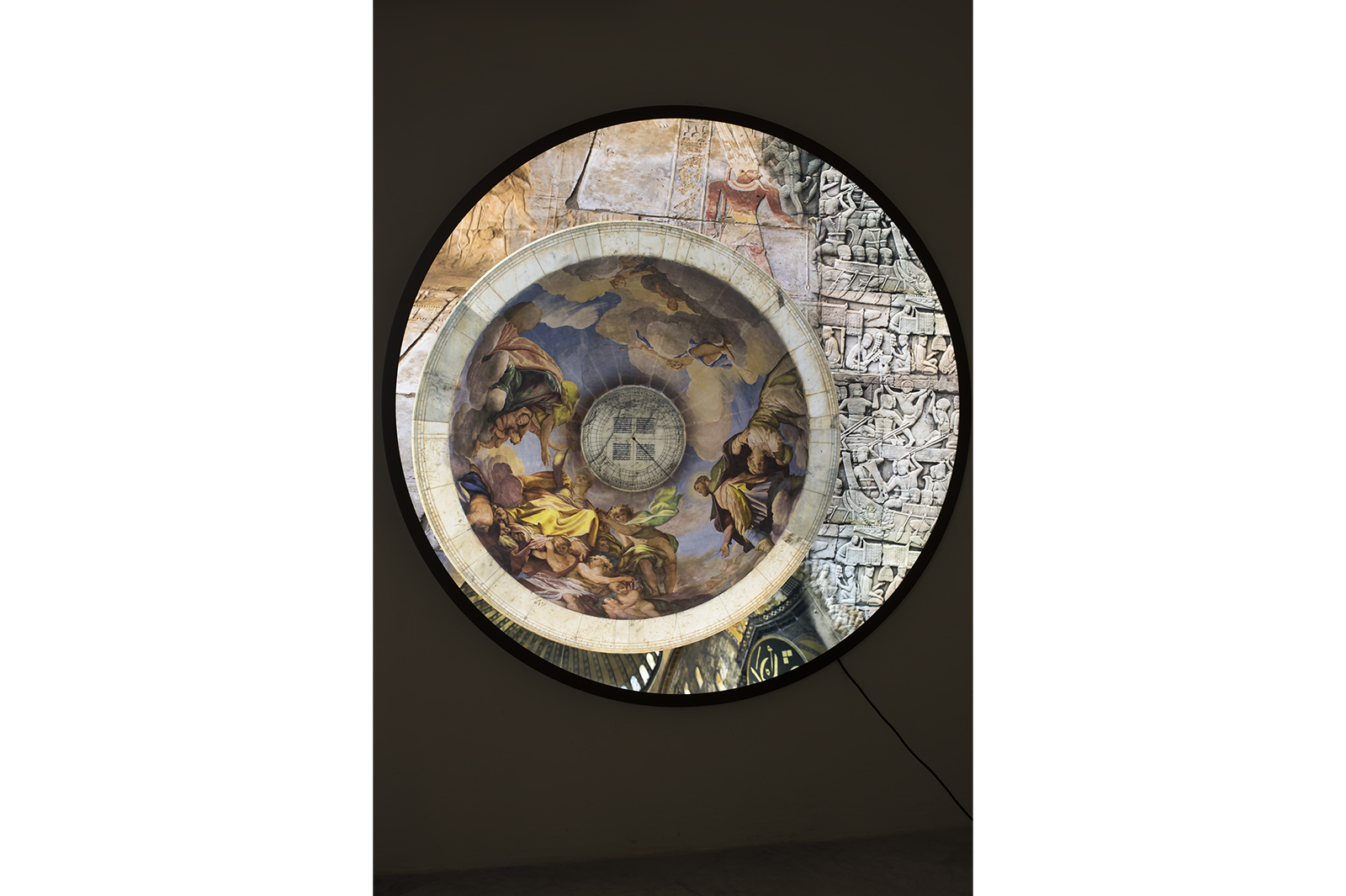 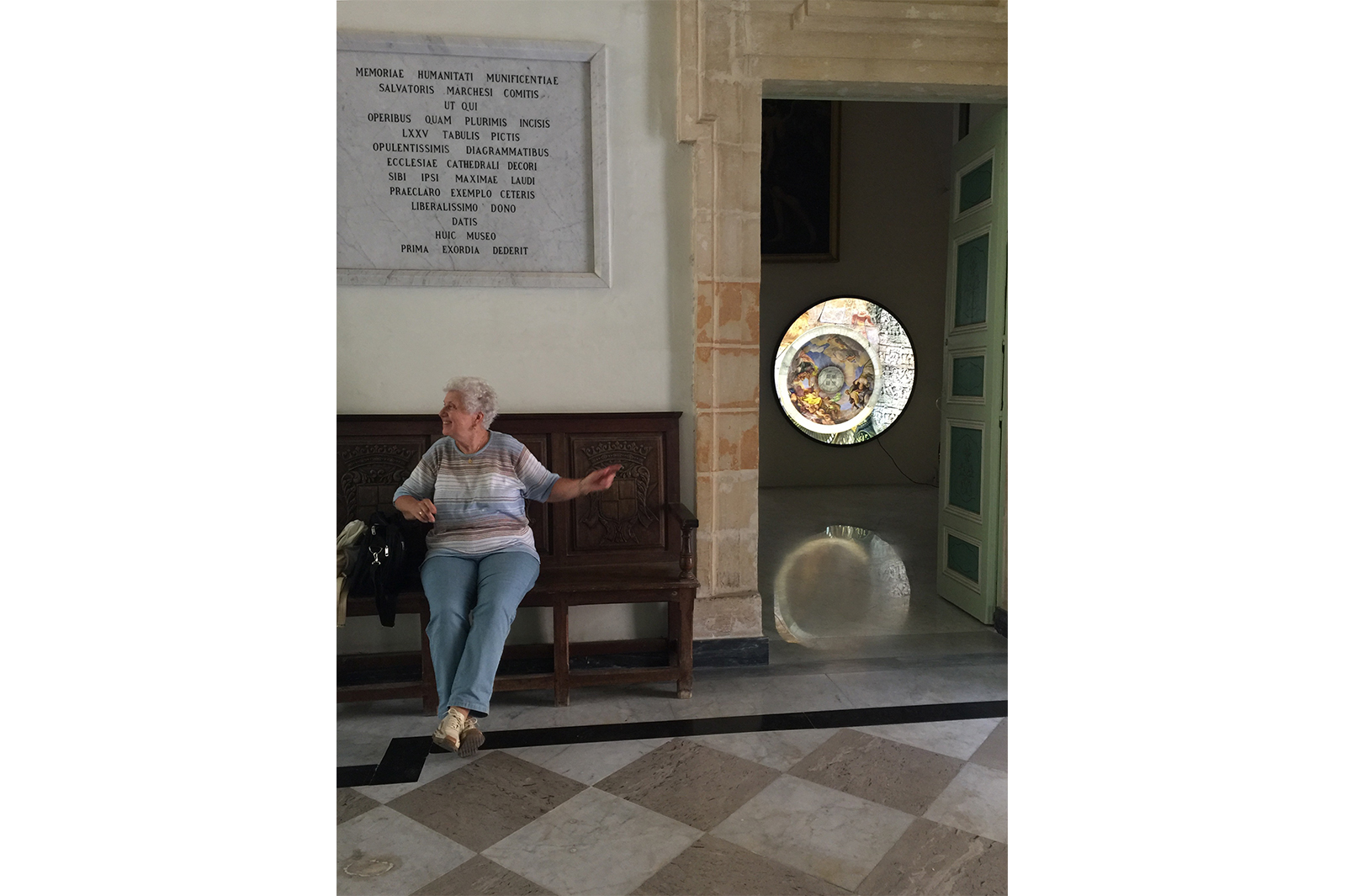 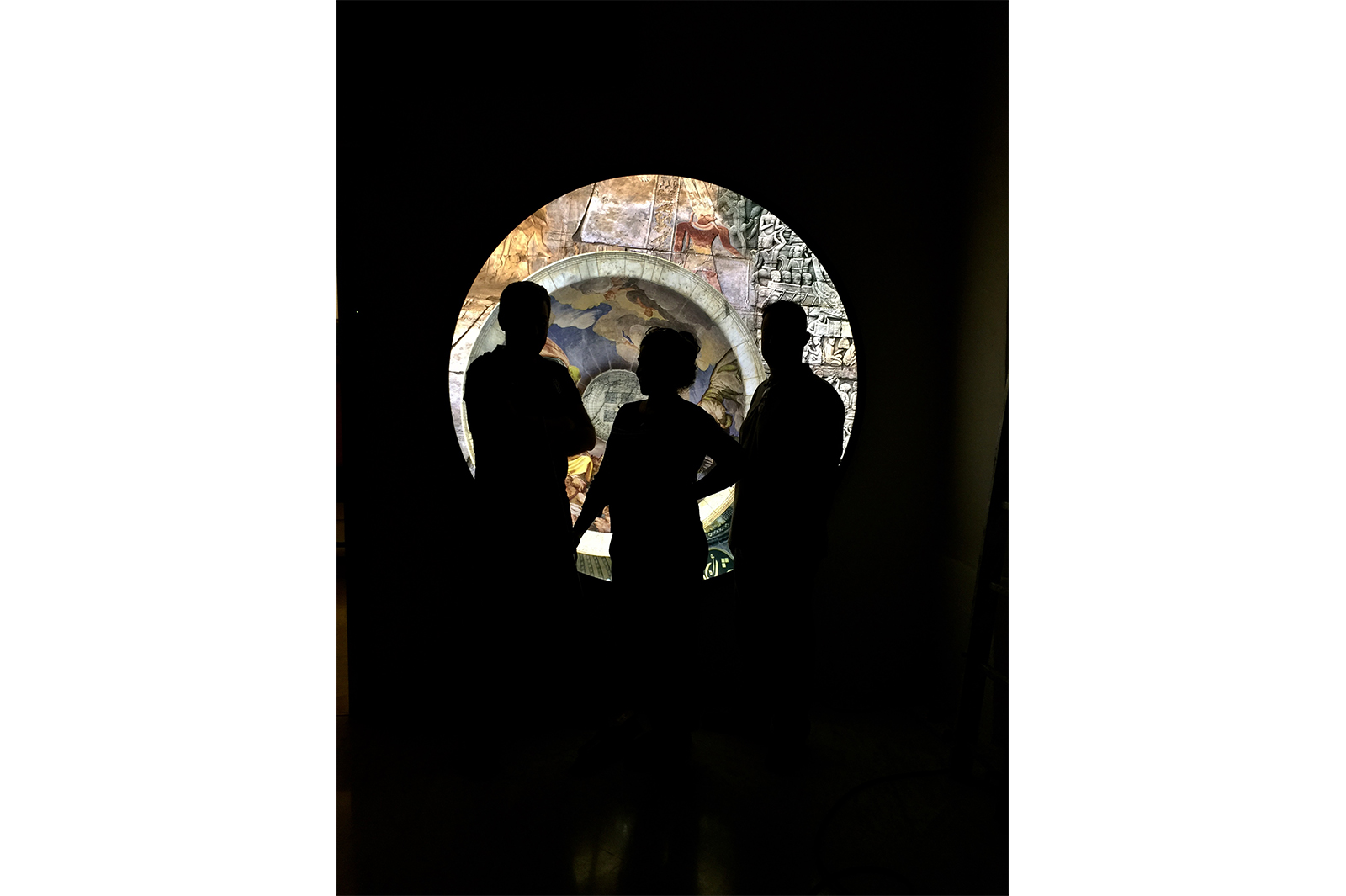 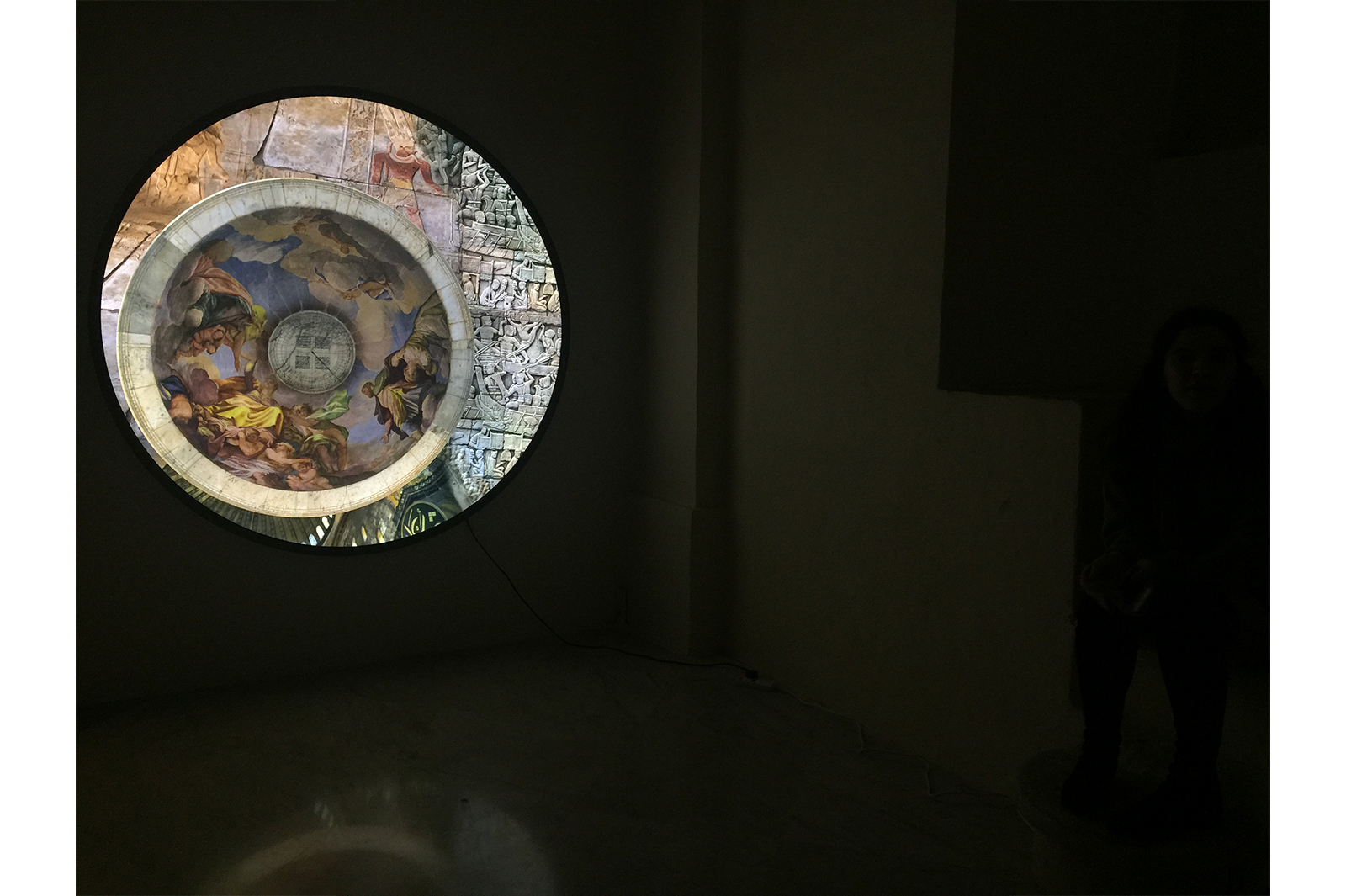